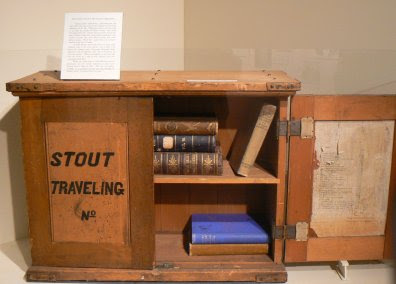 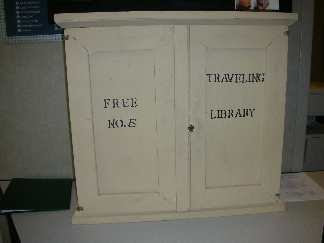 One of the pleasures of publishing a library history website and blog is being contacted by someone seeking more information about a topic or commenting positively on your efforts. Recently I was contacted by Ray McInnis who indicated that, like me, he is a retired librarian who spends part of his time on the internet writing about his interests. Ray describes himself as an "amateur woodworker and scholar of woodworking history". He maintains a website which reflects his interest in woodworking history and records his efforts to write an online history of woodworking. The connection between Ray's interest in woodworking history and my interest in library history relates to the role played by the Minneapolis Public Library (now merged with the Hennepin County Library) in developing the Index to Handicrafts which began as an in-house index file in the 1920s and was later published as a printed index by Faxon beginning in 1936. McInnis discusses the Index to Handicrafts and other reference sources on woodworking history here. In that section of his website he also highlights a 1922 article in the Vocational Education Magazine which discusses a cooperative effort between the Minneapolis Public Library and the Dunwoody Institute (now the Dunwoody College of Technology) to provide library support for the Institute. This was at a time when the outstanding librarian Gratia Countryman led the Minneapolis Public Library and initiated many outreach efforts. There is also a section on "Woodworkers Manuals in Public Libraries" on the McInnis website.
The first image shown above depicts a traveling library bookcase that was used in Dunn County, Wisconsin in the 1890s. The bookcase is now located in the Russell J. Rassbach Heritage Museum in Menomonie, Wisconsin. The second image is a replica of the bookcase created by an amateur woodworker for an exhibit at the Menomonee Falls Public Library .
Posted by Larry T. Nix at 7:17 AM

Wonderful! I LOVE this kind of minutiae!

larry, many thanks for the posts that describe the two pages on my website that deal with library history.

i looked at the gratia countryman page on wikipedia, and concluded that you must be the author, although i didn't go behind the scenes and look at the history. (a faculty colleague -- still working -- did a public lecture on wikipedia several nights ago, which i found enlightening, encouraging enough that i might get involved too.)

the countryman link could very well lead to more info on the "index to handicrafts", and the compilers, Eleanor Cook Lovell and Ruth Mason Hall. my attempts toward locating archival material on each of them, so far, has, been the proverbial brick wall. this is puzzling, because -- i hope that i remember correctly -- there was/is an ALA committee on the production of this index, but everything i tried came to naught. can you maybe spread some light?

your website is impressive, and i only wish that i had discovered it earlier.

on the issue of woodworking and public libraries, i think that only the surface has been scratched. i have a piece on woodworking and homeownership -- http://www.woodworkinghistory.com/appendix_27.htm -- that i think has much greater potential, if only because -- as a taxpayer -- a woodworker with a home workshop would, you would expect, likely be a library user? also the 1933 formation of the national homeworkshop guild has potential -- if only because of a tenuous connection between it and the woolley index .

here is my logic on the woolley index (and of course the appearance in the 1930s in libraries of the "index to handicrafts"): during the '20s, when the woolley index was being used in high school woodworking courses as a key to projects, the link between the woolley index and the woodworker's manual in the library would be firmly implanted in the boy's mind.

several of the high ranking IA figures -- but not woolley -- were called by arthur wakeling -- editor at "popular science" and of "the home workshop manual" that lays out the proposal for forming the national homeworkshop guild -- would inevitably be aware of woolley's index. (incidentally, the history of HS woodworking courses in the 1920s has yet to be written, because i have yet to attack the impact of the smith-hughes act in 1917.)

however, from my vantage point -- here in the pnw -- that link has eluded me. basically this is a classic detective story, but only will be unlocked with some pricey visits to archives: rockville, IL, hdq of nhg; popular science in ny; dunwoody?

again many thanks for the link. please let me know whether you can shed light on anything above, even though i can see that my description may be a bit dense